QUESTION 1: HOW DID RUSSIAN EXPANSIONISM IN GREECE AND TURKEY CONTRIBUTE TO THE IMPLEMENTATION OF THE TRUMAN DOCTRINE IN 1947?
SOURCE 1A
The following source describes the political conditions in Greece and Turkey after the Second World War.

SOURCE 1B
The source below is an excerpt from a briefing given by Lincoln MacVeagh and Edwin C. Wilson, American ambassadors to Greece and Turkey, to the Foreign Relations Committee of the United States Senate in March 1947, in which they explained their need for American assistance.

SOURCE 1C
The following map outlines the Iron Curtain that descended over Europe after the Second World War. 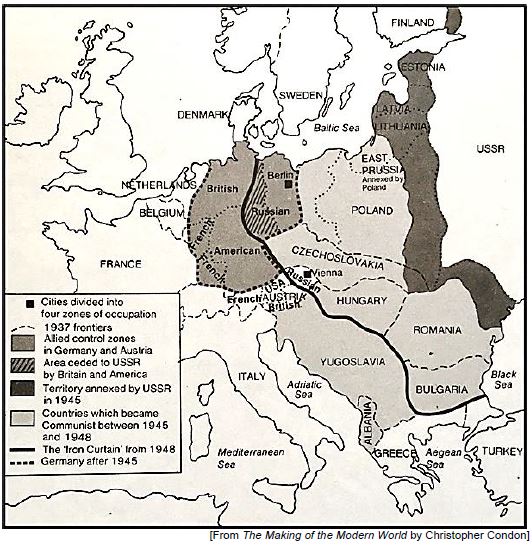 SOURCE 1D
The following source is part of President Truman’s address (Truman Doctrine) to the American Congress on 12 March 1947 in which he responds to Greece and Turkey’s plea for assistance.

QUESTION 2: WHY WAS THE MPLA ABLE TO ASSUME POWER IN ANGOLA IN NOVEMBER 1975?

SOURCE 2A
The source below outlines the impact of Portuguese decolonisation on the three liberation movements in Angola in 1975.

SOURCE 2B
The following source explains how South Africa’s intervention in the Angolan Civil War contributed towards the MPLA entrenching their position in Angola.

SOURCE 2C
The picture below shows Fapla troops armed with a Russian BM-21 Rocket Launcher and T-34 Tanks during the Angolan Civil War of 1975. 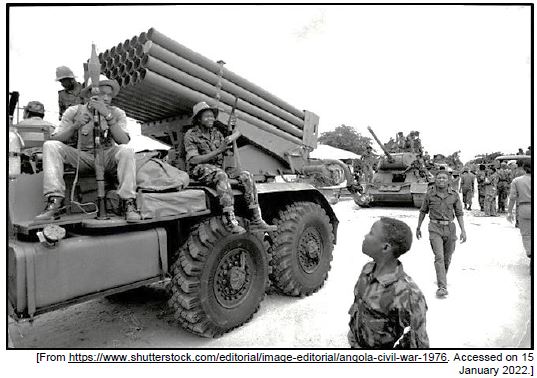 SOURCE 2D
This source is an extract from an interview with Robert W. Hultslander, former CIA Station Chief in Luanda, with historian Piero Gleijeses in 1998. Professor Piero Gleijeses is the author of the book Angola: Conflicting Missions.

QUESTION 3: HOW DID THE FREEDOM RIDES DESEGREGATE INTERSTATE BUS TRAVELS IN THE USA IN THE 1960s?
SOURCE 3A
The following source outlines the reasons for the formation of the Freedom Rides Movement in the USA in 1961.

SOURCE 3B
This source below outlines the reaction of the Ku Klux Klan towards the Freedom Rides Movement.

SOURCE 3C
This photograph depicts a Freedom Riders’ bus that was petrol bombed by white supremacists outside Anniston, Alabama in the USA on 14 May 1961. 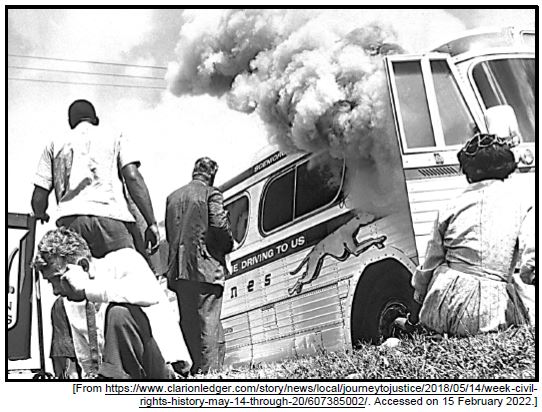 SOURCE 3D
This source outlines the measures taken by the US government to ensure the safety of the Freedom Riders.

Visual sources and other historical evidence were taken from the following:
Different events, Different outcomes – Civil War and rebel groups in Angola and Mozambique
Freedom Riders: 1961 and the Struggle for Racial Justice by Raymond Arsenault
https://nsarchive2.gwu.edu/NSAEBB/NSAEBB67/transcript.html.
https://www.history.com/this-day-in-history/central -high-school-integrated
https://www.shutterstock.com/editorial/image-editorial/angola-civil-war-1976
Journal of Asian and African Studies 017, Vol. 52(5) 657–669
Journal of the Senate of the United States of America, Vol. 63(2) 137–152
Legislative origins of the Truman doctrine by the U.S.A. Congressional Senate Committee on Foreign Relations
The Civil Rights Movement – Striving for Justice by Tim McNeese
The Making of the Modern World by Christopher Condon