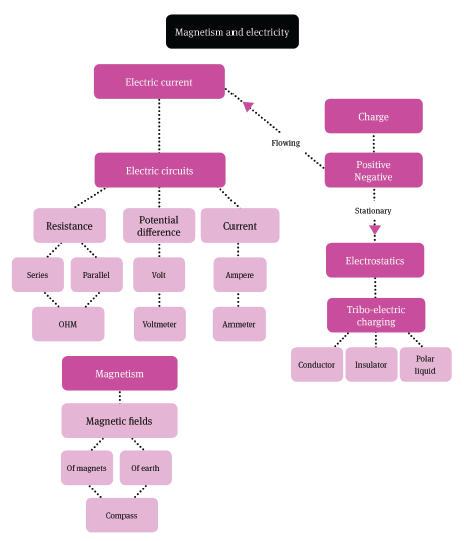 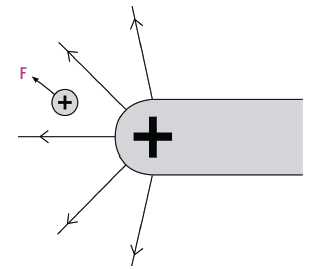 2. A glass rod is charged positively by rubbing it with a silk cloth. The charge on the rod is 1,12 × 10 –11C. Calculate the number of electrons that were rubbed off the glass rod.

3.2.1 Worked example
Calculate the total charge that passes through a light bulb in 2 minutes when the current is 4 amperes.

1.2 The two resistors divide the voltage of the battery. If one voltmeter reads 4 V, the other must read 2 V.
1.3 Current is the same at all points in a series circuit, so the ammeter reads 2 A.

2 In the circuit diagram below, what is: 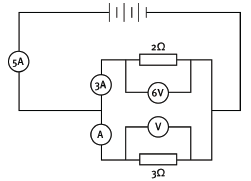 2.2 Resistors in parallel divide the current. The mainstream current is 5 A, and the current in one branch is 3 A. So the ammeter A must read 2 A.
2.3 The voltage must be the same as the voltage across the 2 Ω resistor. So the voltmeter V reads 6 V.