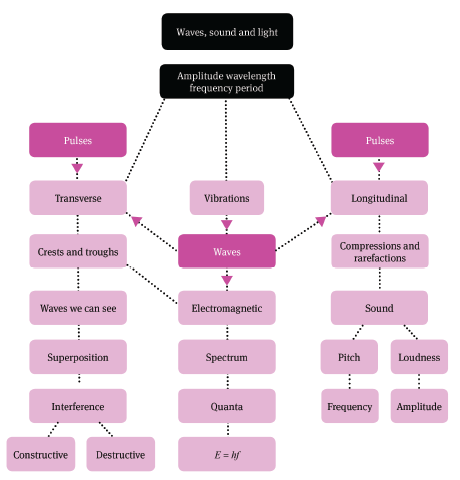 Distance A is the amplitude of the wave. Each point in the medium simply vibrates up and down. Point B must be moving down for the wave to be moving to the right. Point B and F and points C and G are in phase. Points B and D and points C and E are completely out of phase. Distance CG and distance BF are equal and are the wavelength.

1.2.1 Worked example
A transverse wave is set up in a slinky spring lying on a long table. The wavelength is 540 mm. One wavelength passes a mark on the table every 0,8 s.
Calculate:

3.2 The wave and particle nature